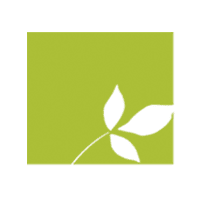 When it comes to family planning, you have many options if you’re not ready to have a baby. The women’s health experts at May-Grant Obstetrics & Gynecology can help you find the right birth control for you based on your future pregnancy plans and current health. For a birth control consultation, call the Lancaster, Elizabethtown, Columbia, Ephrata, Intercourse, Willow Street, Lititz or Lebanon, Pennsylvania, location or request an appointment online.

What is Birth Control?

What are the Types of Birth Control?

The different types of birth control work by either stopping your body from releasing an egg or preventing sperm from reaching your egg.

Your birth control options include:

Abstinence is also considered a form of birth control and is considered the most effective at preventing pregnancy.

How Do I Know What Type of Birth Control I Need?

Your specialist at May-Grant Obstetrics & Gynecology can help you determine the best method of birth control for you after an examination, review of your medical history, your future pregnancy plans, and discussion of your sexual activity. Together, you can decide the method that is the most effective option.

For help with birth control, call the women’s health experts at May-Grant Obstetrics & Gynecology, or schedule an appointment online.